The Famine Crisis and Food Insecurity is Robbing Futures and Causing Death to Innocent lives
September 01, 2021

5 Ways to Increase your Rewards During The Sacred Month of Muharram
August 07, 2021

Subscribe to our newsletter to hear about our work, how you are helping and ways you can support us in the future.

For six long years, a devastating Civil War has been raging in Yemen. More than 4 million people have been displaced from their homes and more than 20 million are in desperate need of humanitarian assistance. Tens of thousands are living in famine, the numbers are truly terrifying, yet it only grows worse. 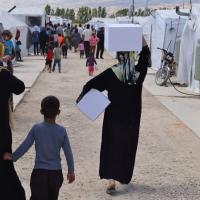 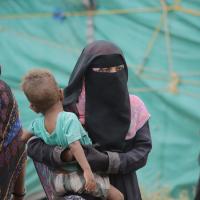 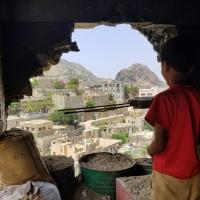 Yemen’s Civil War began in 2015 due to the rivalry between Yemeni government forces and the Houthis. This was the start of the devastating conflict and 6 years of terror, of homes being destroyed, families torn apart, food and water shortages and economic decline, leaving 66 percent of the population in dire need of humanitarian assistance.

Women and children are bearing the worst side of this crisis. They add up to 79 percent of the displaced population and are finding themselves becoming head of households but unable to provide for their families.

Meanwhile, Yemeni children are continuously being killed and severely injured as one child dies every ten minutes. This is due to both disease and malnourishment. One child in four is now acutely malnourished.

Tens of thousands of other children are at risk of severe acute malnutrition and even death without urgent treatment. Many of these children die before they reach their fifth birthday.  This is a tragedy that’s only getting worse.

"Saving One Life Is As If Saving Whole Of Humanity…”

What is Save an Orphan doing?

We’re doing our bit to help the world's worst humanitarian crisis and you can help too. Your donations have already helped provide emergency food, medical and shelter for countless people but we need you more than ever. Together we can help prevent the loss of innocent lives in Yemen.

Save an Orphan is committed to save children’s lives and help them cope with the tragic effects of the conflict so they can recover their childhoods. Your generous donations will provide medical aid, food packs, hygiene products and further support.

Help us fight food shortages, disease and death in Yemen and donate today.

What is Rabi Al-Awwal and How Can You Take Advantage?

Do You Know The Importance of Dhul Hijjah? Best Nights of Islam

The story of the Prophet Ibrahim (as)

Are you Ramadan Ready? The Month of Giving and Multiplying Your Rewards is Here

10 Years of Violence: The Syrian Crisis and How You Can Help through Save an Orphan

Save an Orphan: Transformed, Determined, Committed to making change